The Senator Tommy Burks Victim Assistance Academy is a project of the Tennessee Coalition to End Domestic and Sexual Violence. The Academy is a comprehensive basic level training designed for victim service providers. The goal of the Academy is to improve services to crime victims by enhancing the knowledge and skills of victim advocates. This week-long training offers a Tennessee-specific 40-hour curriculum modeled after the National Victim Assistance Academy.

In an effort to make the Academy curriculum more accessible year-round, the Tennessee Coalition developed a virtual on-demand version of the 40-hour Academy. There is nothing quite like experiencing the Academy in-person, but if joining in-person is not an option for you, we recommend the virtual version which you can access here: https://www.pathlms.com/tncoalition/courses/27987 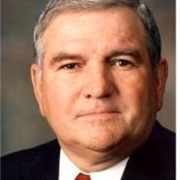 Tommy Burks (May 22, 1940 – October 19, 1998) served in the Tennessee House of Representatives from 1970 until 1978, and in the Tennessee State Senate from 1978 until his murder in 1998. Born in Cookeville, Tennessee, Burks was a strong victims’ advocate who sponsored many bills to improve services for victims of crime including establishing a victims’ coalition, expanding access to orders of protection, and supporting a constitutional amendment ensuring victims’ rights. Burks was murdered by his opponent less than a month before his likely re-election. His widow, Charlotte, ran for his seat and won, becoming the first Tennessee State Senator to win as a write-in candidate and one of the very few American politicians to win as a write-in candidate ever. The Senator Tommy Burks Victim Assistance Academy was established in 2008 and is named in memory of this great Tennessean.